Moses Predicts The Future Price Crash Of Silver And Gold

I have done investing in silver and gold for about 10 years now.

As an avid investor for decades, I have invested in many stocks, mutual funds, and commodities.  Since about 2008, my sole focus on investing the wealth YHVH has given me has been in the areas of silver, gold, and miners.

As an analyst who could easily see the signs of the crash in 2008, I advised a friend to sell her brand new house and buy silver/gold.  She did and she got back her investment in the house at the highest price possible at the time as well as made plenty of money on her silver investment, if she sold near the high in 2011.

What I did in August/September 2008 was a cash out refinance on my house, which I owed very little on, at the time, and I invested the full amount in 1,000 ounce silver bars.  I also closed all my other investments and bought silver bullion as well with the cash from 401k’s, IRA’s, annuities, and cash bank accounts, etc.

I was ALL-IN as they say in poker!

In August 2008, I bought silver at $10.50 or less.  Then the amazing and unbelievable happened and over the course of 2.5 years silver approached $50 and soon after I sold.

I am doing the same exact thing this year but I will save that story for another article.

Before I sold my silver in 2011, I was a minister at our local county jail and I became aware of the plight of men and women getting out of jail and having no job prospects.  I was also attending homeless shelter meetings in a nearby town as the town had twisted the arm of the local Salvation Army homeless shelter and all but forced them to close their doors.  A friend of mine who had been the mayor in another local town was on the Salvation Army board and that is how I knew the details.

I decided to do something about the situation so I got a lease with buy option on 82 acres and another 19 acres and took hundreds of thousands of cash from my newly sold silver and bought farm equipment and hired many homeless and ex-cons to work a huge organic farm.  Within weeks the town of Belleville Illinois shut us down as the neighbors of my farm did not want homeless and ex-cons walking near their homes!

After that, in 2011, I began deep study of gold and silver trading by obtaining decades of CME/CFTC weekly reporting data, loading the data into a database, and then examining the data and building other data based on the baseline data.

YHVH our Father guided me every step of the way in the analysis.

Within weeks I was able to see trends in the data that no one else in the precious metals industry could see and I made those findings know in a private financial forum and got laughed at.  Then I made the findings know to the top gold and silver data reporting statistical writer, Harvey Organ, in a January 2012 Skype call and once again I got laughed at.

People laughing at me only made me more determined.

I next contacts SilverDoctors.com and asked them if I could do a weekly COT report on the data and they accepted and suddenly I was a published analyst with people all over the world writing me for investing advice!

Within a few weeks, I made a written email comment to Dr. Jon Lindau on of the Docs founders at SilverDoctors.com, that the Commercial Banks were taking silver to to $15.00 and probably below and gold would go down with silver, and Jon published it and there were many hundreds of comments by readers.  It may be the most commented article ever at SD, I am not sure.

Fast forward to about November 2014 almost 3 years later and my prediction came true:

For almost 3 years, I never once wavered in my prediction by reversing or doubting my position.

This feat is totally unprecedented in the history of precious metals and pretty much stands alone in all of financial analysis.  Many analysts/economists see things coming but NO ONE ever predicts price on what they see coming and sees that price prediction come true.  No one.

I get hundreds of financial advice request emails and Facebook friend/chat requests from people all over the world on where the price of the metals is going.

I have never once missed on any piece of advice I have given a friend.

In fact, I regularly publish my trades at SilverDoctors.com and I have never once missed a price direction change in silver (and gold).

You can see more than 6 years of what I have published at SilverDoctors.com here:

When I have time, I also publish my articles here at my personal TCOA website:

There is a great economic crash coming this year, I am quite certain…

You can read all about it here:

In the next few days and weeks, I will be saying far more about this crash.

I am Moses, and my advice to the Children of Israel is to BUY silver and gold before the late July 2018 Global Economic Crash in which all paper money/currency is totally destroyed and a cashless system arises out of the ashed of world wide social chaos and mayhem.

Some say there was about 8 tons of gold and silver (from the Egyptians) in the wilderness Tabernacle.

My only question is how many tons of gold and silver will The Children Of Israel TAKE from the pagan world this time around, before the Global Economic Crash of 2018 which is before The Second Exodus in 2019? 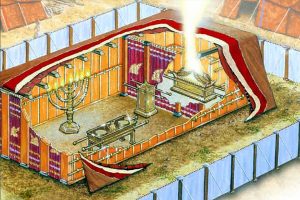 And when they learn my full name, they are equally struck that it is a very, unusual name and rightly so as no one in the entire world has my full name and only 1-2 other people in the world have the name "Marshall Swing"